Rose Pest Solutions > Blog > When Are Paper Wasps Most Active?

When Are Paper Wasps Most Active?

When Are Paper Wasps Most Active?

Paper Wasps and other stinging insects are most active from July through the late summer months of August and September as long as the weather is warm. Wasps are generally more active in the middle of the day when it's warm, and less active between dusk and dawn when temperatures are cooler.

You can tell its summer by looking at the insect activity around. Not only are there ants in the kitchen and mosquitoes dive-bombing your head the second you step outside, stinging insects seem to be out in force. Among the many stinging insects, the paper wasp is active and could become a problem around your home as their numbers tend to peak in July and late summer. 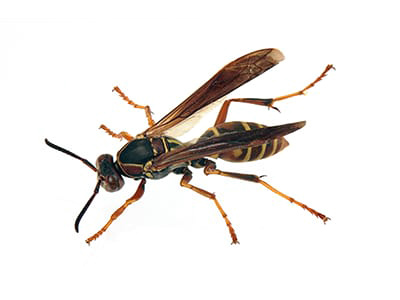 Paper wasps form new colonies in the spring when a female leaves her hibernation site (often protected places such as attics) to mate and build her own nest. Through the summer she works to expand her colony, filing it with wasps whose jobs it is to care for larvae, gather paper and food as well as defend the nest. In July, the colony size has grown by leaps and bounds and may actually be the largest it will be although it may take some colonies until late summer and early fall to reach this point. 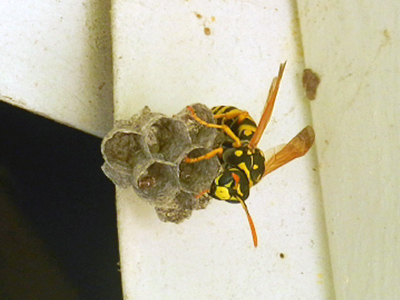 If you’ve noticed paper nests resembling inverted umbrellas hanging on trees or shrubs in your yard or even on your home (eaves are a common nesting spot for stinging insects), you are likely hosting an active colony of paper wasps. While paper wasps, like bees and other stinging insects, are beneficial to the environment, they can be aggressive, less so than yellow jackets but still aggressive. Their nests constructed in close proximity to people, their tendency to attack in large numbers and their ability cause, in some people, a life-threatening reaction with their sting makes them a pest you don’t want on your property.

We understand that having stinging insects in or around your home is an urgent matter. Contact your nearest Rose Pest Solutions service center immediately for an appointment. In many cases, we can respond within 24-48 hours.