Rose Pest Solutions is pleased to announce the promotion of Joe Flood to Cleveland district manager.

Flood, who was previously a Saginaw, MI district supervisor, will have a number of responsibilities in his new role, including overseeing all aspects of district operations such as client satisfaction and quality control. Flood will also recruit, interview, select and train new employees who join the Rose Pest Solutions team. He started as an intern with the company in 2007. 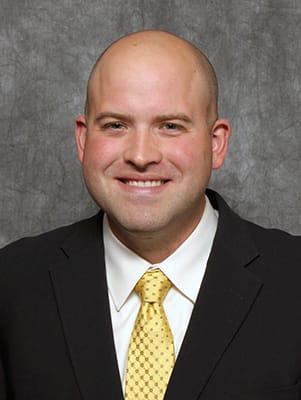 In 2008, Flood worked seasonally in the mosquito abatement department within the Saginaw district while studying entomology at Michigan State University. He received his entomology degree from the school in 2009. He was hired as a service technician in 2010, eventually becoming Rose’s municipal mosquito coordinator, where he oversaw mosquito control for various municipalities in the Saginaw service area. He was promoted again in 2014 to training supervisor before eventually becoming the Saginaw district supervisor.

He is very excited to begin his new role as the Cleveland district manager. “Rose Pest Solutions provides a great environment to work in. They are a family, and this is my family away from home.” When offered the opportunity to relocate to Ohio, he didn’t hesitate. ‘This was an easy decision to make, and I’m looking forward to this new opportunity.”

You can reach Joe at our Cleveland Service Center at: